Students' Legal Writing Has the Power to Shape History

In 1992 the New Jersey Supreme Court decided State in re M.T.S. (609 A.2d 1266 (N.J. 1992)), a case about the meaning of the term “force” in New Jersey’s sexual assault statute. As soon as the court published its opinion, scholars predicted that the decision was bound for the casebooks, and they were right. It is a great teaching case, and it is also an important early defense of the principle of affirmative consent, a way of thinking about sexual assault that has gained considerable traction in recent years. A generation of law students has now been introduced to sexual assault law through In re M.T.S.

But there’s something else about M.T.S. that’s striking and important, something that has less to do with sexual assault and much to do with the talents of law students. The New Jersey Supreme Court relied on at least seven different student notes in its opinion, citing some of these notes multiple times. Students won’t see this in their criminal law casebooks, which usually edit judicial opinions heavily and omit all citations. But for my own research, I’ve had occasion to read most of the student pieces that are cited by the NJ Supreme Court. They’re pretty impressive. What made them influential? For law students thinking of writing and publishing today, here are a few reflections.

The student authors think clearly and they know their subjects well.

I put it this way deliberately, rather than saying that the authors write clearly or well. The notes are well written, but it’s not helpful to say that a text is well written without explaining what makes it good. Successful academic writing presents a way of thinking about a problem that is transparent, logical, and easy for the reader to follow. This means that before you can write well about some area of law, you must understand it well. That is something to consider when choosing a topic for a paper or note. You are much more likely to be successful if you write about an area of law that you have studied in a course, encountered in an internship or professional setting, or know well on the basis of some other prior experience. Some students do decide to write on subjects entirely new to them, but this is a riskier endeavor and depends a lot on the complexity of the topic and the student’s ability to self-teach.

The student authors did far more reading than writing.

The notes cited in M.T.S. were written before electronic databases and the internet. The students had to pull big bound volumes off the library shelves and look up hundreds of sources and statutes. Quite possibly, this labor produced better products than academic writing in the age of the internet, when it is so easy to find something related to your topic and so difficult to cull the many available sources and choose what is most relevant. Today, you should take advantage of electronic resources, but you should also keep in mind that you will probably have to read three or four times as much material (or more) as you actually cite. Don’t let the first sources you stumble across define your paper; it’s highly unlikely that they’ll be the best sources of information.

I think the New Jersey Supreme Court may have turned to so many student pieces because law students were writing about questions that law professors were neglecting. It is often a real struggle to come up with an original argument, even for experienced scholars who spend their lives doing academic writing. And for students, the need to know one’s topic well can push against the desire to ask neglected questions or to propose innovative approaches. To navigate these various concerns, a student author should seek first to be cautious and then to be bold. The caution comes first, in the form of thorough research and double-checking one’s understanding of the relevant law with a faculty advisor. The boldness comes second, in the form of a question or argument that is not yet well covered in the existing literature. With both these elements, a student note may yet find its way into print, into a judicial opinion, and into history.

Students looking to write and publish should consult with a faculty advisor to discuss legal writing opportunities. Get involved with the school's journals or browse upcoming legal writing competitions below. 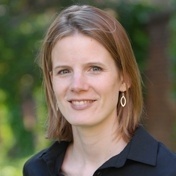 Alice Ristroph studies and teaches criminal law, criminal procedure, and constitutional law at Seton Hall University School of Law. She is trained as a political theorist, and is especially interested in the relationships among legal concepts and legal practices.