Plagiarism — the use of someone else’s words or ideas in writing without proper attribution — is one of the easiest ways to ruin your academic or professional reputation. Just ask Senator John Walsh, whose Master’s degree from the United States War College was rescinded after it was discovered that he copied large portions of his final thesis without attribution. Or Benny Johnson, the BuzzFeed writer who was dismissed after Twitter users pointed out dozens of examples in his articles of “sentences or phrases copied word for word from other sites.”

As a law student, being scrupulous about avoiding plagiarism is particularly important, as a plagiarism violation could be used as evidence of poor “character and fitness” when you apply for admission to the bar. For lawyers already in practice, plagiarism can be grounds for professional discipline.

Once you have committed to avoiding plagiarism in your writing, put your commitment into practice by remembering these five basic tips for how not to plagiarize:

1. Use direct quotes - or don't quote at all

Sometimes in your research you will come across a passage that makes a point so eloquently that you can’t imagine saying it any other way. There’s nothing wrong with copying such statements in your writing, but be careful how you do it. Just adding a citation to the source is not enough; you must also put the copied language in quotation marks. Without quotation marks, you are giving the reader the impression that you wrote the passage yourself.

3. Give credit where credit is due

Even if you remember to insert quotation marks around any copied passage of 15 words or more, you can still commit plagiarism if you rely on someone else’s words or ideas without giving that person credit.

For example, assume you are writing a paper about the American legal system, and you come across a web site with the following passage: “In the American legal system, litigants are generally responsible for paying their own attorney’s fees, regardless of the outcome of the case. This means that people who can’t afford to hire a lawyer may effectively be denied access to justice.”

In your paper, you write, “People who don’t have enough money to hire lawyers are effectively denied access to justice in America, since litigants are generally required to pay their own lawyers no matter which side wins the case.”

You have successfully paraphrased the original sentence, so no quotation marks are needed. But you still need to include a citation to the original source, to make it clear to the reader that this is not your own personal insight, but rather an observation made by someone else.

4. Beware of cutting and pasting

When doing research on the Internet, it is easy to get into the habit of cutting and pasting snippets of useful information into a text document, and then using that document as the basis for writing your first draft. This is very dangerous, as you can inadvertently mix up your original writing with material that has been copied.

If you must cut and paste, be scrupulous about putting any copied material in quotation marks and clearly indicating the source.

Even better, put any text you have cut and pasted into a different color or font than your own original writing, so that you can easily see what is yours and what is someone else’s.

5. Footnote as you go

Even when you’re just writing a rough draft, it’s a good idea to insert footnotes — at least one per paragraph, and ideally even more.

The purpose of these footnotes is not to provide perfectly formatted citation information — you can wait to do that until later — but rather to provide enough basic information to remind you of the sources you have used. At this stage, don’t use terms like “id.” or “ibid.” for referring to previous citations; instead, insert the name of the sources in each footnote, so that you will remember where the material came from even if you later move your sentences around.


If you follow these simple steps, you will have no need to worry about inadvertently committing plagiarism. Moreover, you are likely to find that the quality of your writing improves when you make a concerted effort to speak in your own voice rather than the voice of someone else. 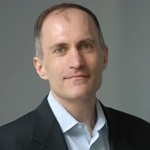