My participation in the Immigrants’ Rights/International Human Rights Clinic was by far my most memorable experience in law school. Professor Farrin Anello assigned my partner and I to a time-sensitive case. The client was a young woman who recently fled Guatemala and had entered the United States without a visa. After being apprehended by U.S. Customs and Border Protection, she was sent to Delaney Hall Detention Center right here in Newark, where she was being held when we met her. Her bond hearing was rapidly approaching, and Catholic Charities brought her case to the attention of the Center for Social Justice. After reviewing the documents from our client’s initial interview with an asylum officer, we believed that she had a strong domestic violence-based asylum claim.

My first real memory of my work in the clinic is the feeling I had once we familiarized ourselves with our client’s file. As law students, we often read summarized cases and discussed them in class with our professors and peers. Reading someone else’s narrative of the facts was all we had to do in order to understand the outcome of the case. The hard work had been done for us, in a sense. Now, however, we found ourselves in a new situation. It was up to us to build the case. We were excited and yet unsure of ourselves. We knew that the focus of our work had quickly shifted to developing a professional relationship with our client and gathering even more facts to help us put together a solid case.

Her story was heartbreaking, and neither of us had any experience interacting, let alone working alongside, someone who had gone through so much trauma. With the bond hearing coming up, and the possibility of raising the needed bond amount seemingly remote, we had to prepare as if we were going to be representing our client through her application for asylum.

We interviewed her at Delaney Hall on a handful of occasions and she told us her story. From a very young age, our client had been raped, physically abused, and ultimately imprisoned by an older man in her community. Working up the courage to escape seemed like an impossible dream, but she finally managed to do so and made the dangerous journey to the United States.

The facts of the case spoke for themselves, and I will never forget the experience of hearing our client describe the violence she survived.

The next issue we were confronted with was where our client would go if she posted bond or if she was granted asylum. Our client informed us she had relatives in another part of the United States and provided us with phone numbers, but we quickly discovered the situation was more complicated than we initially thought.

My partner and I essentially assumed the role of detective trying to put the pieces together: where would our client live, with whom would she live, who would pay the bond, who would provide for her once she moved in with her family. Late-night phone calls to strangers, ongoing email correspondence, and our own investigation eventually led us to make the judgment call that it was indeed safe for our client to move in with her family in another state, should we be able to secure her release.

We represented our client throughout the process, and fortunately, she was able to post bond, and did move to be with her family.

What I remember most about this experience is the manner in which our client carried herself. She was happy to meet with us, appreciative of our help, and unwaveringly pleasant. I remember being almost stunned that despite having every right to be angry, frustrated, and fearful, she simply showed no signs of any of that. To be able to help someone like her was certainly the most rewarding experience of law school, if not my life.

You can read more about the important work of the 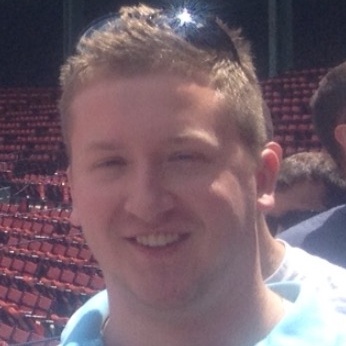 Tim graduated from Providence College in 2013 with a Bachelor’s degree in History. During his time at Seton Hall Law, he worked for the U.S. Bankruptcy Court for the District of New Jersey, the Superior Court of New Jersey – Criminal Division, and for McDermott and McGee, LLP. This fall, he will serve as law clerk for the Honorable Thomas R. Vena, J.S.C.