Now that the December LSAT has passed, we have begun getting questions about how Seton Hall Law handles law school applications with multiple LSAT scores, whether someone should include an addendum explaining an increase or decrease in score, and whether they should retest. Let’s tackle that last question first…

Should you take another LSAT?

Considering retaking the LSAT is a weighty decision; even a slight increase in score can make a difference in admissions decisions but preparing for another test requires both time and money. Unfortunately, this is not a decision an admissions professional can make for an applicant. However, if there is something identifiable that you think interfered with your performance on the day of the test, it could be worth your while to give the LSAT another shot. Here are some situations where retesting might make sense:

Did you actually prepare for the LSAT?

When you prepared for the LSAT did you look at study materials? Did you take practice tests under timed testing conditions? If you went into the test cold or under-prepared and you think re-studying for the LSAT could improve your score, it might be worth looking into a test prep class or studying more seriously for another test.

Did "life" happen before the LSAT?

One of the most frequent ways a test score is derailed is when something stressful or unfortunate happens right before the test. This can range from a snow storm to a death or illness in the family. We have even seen situations where testing centers interfered with test-takers’ performances: marching band practice out front, lack of air conditioning, or proctors’ misunderstanding of procedure and protocol. In these situations, test takers often find that their scores can improve when they are emotionally ready for the test, have a clear mind, and are in optimal testing conditions.

Have you learned something about the test itself?

Sometimes, based on performance in high school and college where they didn’t have to study hard, applicants truly believe they are prepared for the LSAT until they get the actual test in front of them. If, after taking the LSAT you realized you needed to prepare differently or tackle the test in another way, taking the LSAT twice may make sense in your situation.

What Happens If You Retake the LSAT?

Most applicants are relieved to hear that for admission purposes, Seton Hall Law only takes the highest score into consideration. While the majority of schools in this country follow the same protocol, it is worth checking with each individual school to confirm – there may still be a few who average multiple test scores for either admission considerations or scholarship awards!

Should You Include An Addendum?

LSAT scores often do not change much with subsequent testing - only 5 points or so – which will typically keep an applicant in the same score band. Because small changes such as this are relatively common, an addendum is not necessary to explain such a change in score. What is more unusual is a jump in score of 8 points or more. In those cases, we typically do recommend an addendum so you can explain the discrepancy.

In most cases we find that the scenarios discussed above are typically the culprits in bringing down a test score – someone didn’t study properly or was sick, etc. The reason you should submit an addendum is to make clear that the higher score is more typical of your testing performance, not the lower score. Otherwise, the committee cannot know if something interfered with your ability to succeed on the day of the lower score, or if you just got lucky with a subsequent test.

As always, it is worth checking with the specific schools to which you are applying to see what their admissions committees prefer in applications.

For those of you looking toward the February test, good luck with your preparations!

Where does your LSAT score place you in our applicant pool? Check out last year's incoming class profile. 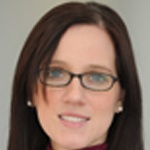 Katya Valasek is the Director of Admissions Marketing at Seton Hall Law and works with students throughout the entire admission process.