What's the Socratic Method? And Why do Law Professors use it?

It seems appropriate to title this post with questions because questions are the heart of the so-called “Socratic method,” which is the distinguishing characteristic of law school instruction. Or at least it used to be.

In its pure form, which probably never existed in any law school and certainly does not exist today, the professor simply asked questions, ones that lead the student to the correct answer by the irresistible force of the instructor’s logic. The student reached the aha! moment without the instructor ever telling him or her the answer.

In its more modern form, the Socratic instructor in law school still uses questions, but less to lead the student in a particular direction than to explore the implications of whatever position the student might adopt.

For example, if the student argues that evicting a widow and her children who are behind in their rent is unfair, the instructor might ask whether granting such protection will lead landlords not to lease to widows in the first place. Or if a student argues that government intervention should leave the free market alone to work its magic, the instructor might pose some examples of human tragedies in countries without basic regulations.

Like all methods of instruction, the Socratic method can be abused, and there are horror stories of extreme professors running roughshod over cowering students. On the other hand, a good Socratic class can be both vibrant and intellectually engaging, much more so than the professor droning on to a classroom of students who may or may not be listening much less taking notes. Think Ben Stein in the classic Ferris Bueller’s Day Off.

As I said, there are no pure Socratic teachers anymore, at Seton Hall Law where I teach or at any other law school. Most law professors use a variety of teaching methodologies, including Powerpoint and Prezis, both of which would be heresy in the old days. But, especially in your first year, you are likely to encounter a “modified Socratic” method in some or all of your doctrinal classes. It won’t be the take-no-prisoners approach of the pure Socratic law professor, but it will force you to come to class prepared and keep you on your toes during class. And that’s a good thing!

One aspect of the Socratic method that students sometimes miss is that they are learning more from their classmates’ answers than from the professor’s questions.

Students often put down their pens (or stop typing on their laptops) once I asked my question. They’re waiting for me to say something when, really, if the Socratic method is working well, it’s their classmates’ answers that they should be recording!

Anybody who ever sat in a law school classroom has an opinion on the Socratic method, and you’re entitled to yours. My only advice is, like any method of learning, go into it with an open mind. And learn from your fellow students! 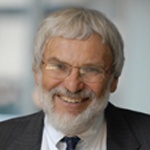 Associate Dean and member of the Seton Hall Law faculty since 1978.